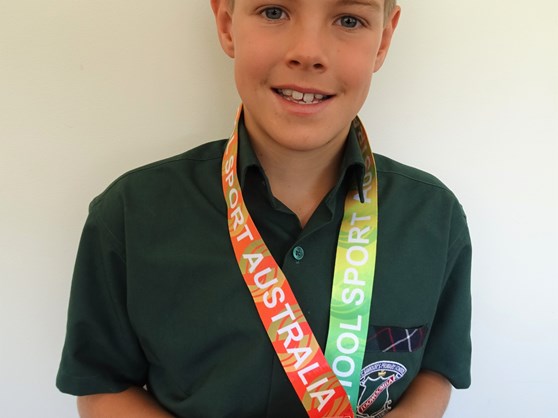 This was the first year that Dominic was old enough to compete at this level.  All competitors are selected by the respective State/Territory School Sport Associations.  Dominic was initially chosen to compete for his school before moving to the zone championships and finally the Darling Downs team where he qualified to represent the State.

‘I was successful doing scissors at the school and zone track and field events but for the last three to four months before the State titles I did flop training which I did well at. I won the State titles with a jump of 1.45 metres and then went on to win the National championships,’ said Dominic.

Dominic also competed in discus, 100m and 200m sprints in the zone championships.

‘I am still training as I hope to make the National championships again next year. I will continue sprinting as you need to be a fast runner to be successful at high jump,’ said Dominic.