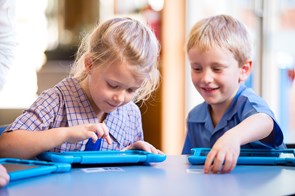 The Catholic Diocese of Toowoomba was founded on 28 May 1929. It now covers an area of four hundred and eighty-seven thousand square kilometres and includes areas more commonly known as the Darling Downs, the Granite Belt, Maranoa, Warrego and Gregory South districts of Queensland.

Key relationships of the Catholic Schools Office exist with the Bishop, Clergy, Catholic Schools Council, schools (both diocesan and Religious Institute owned), parishes, agencies and commissions within the Diocese and with similar bodies at state and national levels.

The Diocese of Toowoomba Catholic Schools Office administers 31 schools teaching over 9,000 children in prep, primary and secondary classes with more than 1,700 staff.