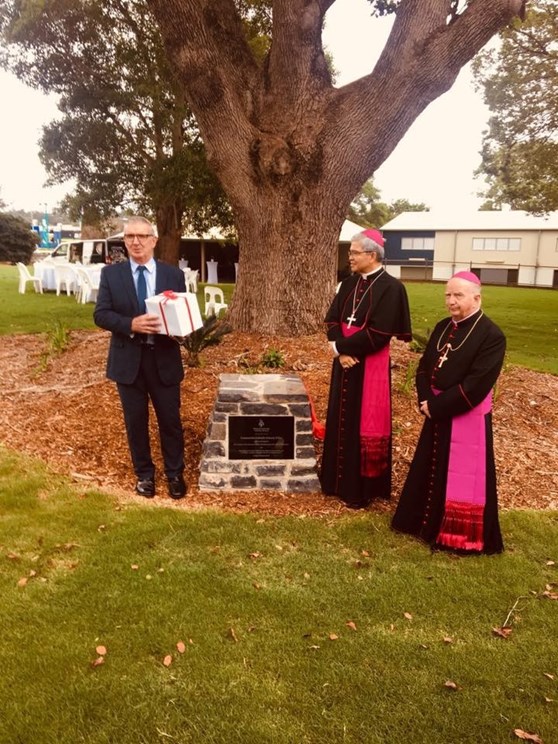 The event will take place at 3:00pm at the Micah Centre, the newly renovated conference centre opposite the office building.  His Excellency Most Reverend Adolfo Tito Yllana, Apostolic Nuncio to Australia and the Most Reverend Bishop Robert McGuckin, Bishop of the Diocese of Toowoomba will conduct the ceremony with staff members also participating in the service. Afternoon tea and tours of the new facilities will take place after the ceremony.

Official Guests for the Blessing and Opening include His Excellency Most Reverend Adolfo Tito Yllana, Apostolic Nuncio to Australia and the Most Reverend Bishop Robert McGuckin, Bishop of the Diocese of Toowoomba, Dr Patrick Coughlan, Executive Director: Catholic Schools, Federal and State Members of Parliament, Toowoomba Regional Council representatives, Parish representatives, members of the Toowoomba Catholic Schools Council and Executive Leadership Team (past and present) and Principals from Catholic schools throughout the diocese.

The ceremony will also be attended by TCSO staff, representatives of consultants, businesses and suppliers involved in the construction and renovation of the new office building and conference centre.

The new office building brings together 105 staff that were previously located in three different office locations. One central administration building for all staff has been a goal for over 20 years that has involved past and present leaders of the organisation.

The new site was originally the Toowoomba South State School.  In 2015 the Diocese purchased the site with a view to renovating and extending the existing buildings to accommodate the combined staff.  The site has a rich history dating back to 1857 when it was one of the first government gazetted allotments of civic land in Toowoomba. Toowoomba’s first school was development on the site was in 1865.  The school grew rapidly and eventually was extended into separate boys’ and girls’ schools before the current building was re-built and named Toowoomba South Girls’ School in 1939.  The building was entered into the State heritage Register in 2013 when the school closed.

The design incorporates the heritage listed building with a new contemporary building; integrating tradition and educational history with a contemporary educational focus. Catholic schools have been educating young people in the region for over 150 years. With over 1,700 staff and 9,000 students, Toowoomba Catholic Schools is constantly seeking to improve education opportunities for all students.

Operating from one site will make a remarkable difference to our work in leading, serving and supporting 31 schools across our diocese,” said Dr Pat Coughlan, Executive Director: Catholic Schools.